“Do You Remember Me?”

I would bet a year’s worth of my salary that I could go to any street in any city in America, find some average Joe and ask him what is the significance of 9/11/01 is, and he would respond “Who can forget? That’s the day the United States was attacked by terrorists.”
I am sure that all of us for one reason or another have a collection of dates in our memories which hold some significance to us. As I watch the news or skim through a newspaper, I hear or read about things that happened on this day in such and such year. Yes indeed, history is loaded with events we will never forget.
However, suppose I were to venture out into the streets of metropolitan Fairview Heights and ask those that I find who are willing to answer the question regarding the significance of these dates:
1) What happened on “Good Friday” approximately 30 A.D?

2) How about the following Sunday in that same year?

What kind of responses do you think I would get? Perhaps a few “I don’t know’s.” Maybe folks would simply look at me with confusion. Most likely people would turn as though escaping from a man gone crazy (hey, in a society where greeting others with a smile and a sincere “good afternoon” often results in suspicious glares, it could happen).
So, just what did occur on those dates in history?

Jesus Christ rose from the grave thus conquering death and bringing with him eternal life for those who believe.
“On the first day of the week, very early in the morning, the women took the spices they had prepared and went to the tomb. They found the stone rolled away from the tomb, but when they entered, they did not find the body of the Lord Jesus. While they were wondering about this, suddenly two men in clothes that gleamed like lightning stood beside them. In their fright the women bowed down with their faces to the ground, but the men said to them, “Why do you look for the living among the dead? He is not here; he has risen! Remember how he told you, while he was still with you in Galilee: ‘The Son of Man must be delivered into the hands of sinful men, be crucified, and on the third day be raised again.‘”Then they remembered his words. (Luke 24:1-8)

Let us remember each day what our Lord did for us one weekend many years ago. That was when by His love and grace God gave it all in order that we may receive forgiveness for our sins and spend eternity with Him. That weekend, Jesus Christ paid the price of death for our sins and rose from the grave bringing with Him the promise that, “I tell you the truth, today you will be with me in paradise.” 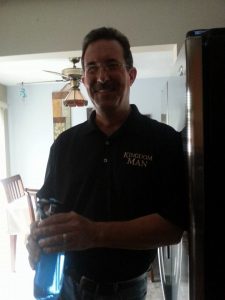 All other dates simply do not even pale in comparison.
Blessings!
Jim

*Jim Shoffstall is a guest Blogger for Right Turn Ministries, and we would like to extend our sincere thanks to him for his contributions to this ministry through his gift of words*